Published on May 12, 2016
Song: from Pierce Arrow LP 1977
Columbia Records STILL I LOVE YOU by Jeff Kent 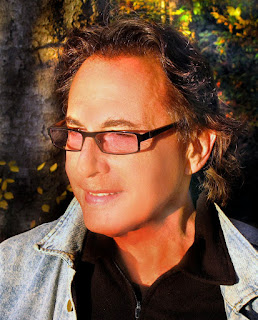 Rob Paparozzi Tribute: I am posting this tonight for my friend AG Kent who lost his Brother this week to a tuff battle with his health. I was honored to know Jeff Kent and he helped me and MANY others trying to break into the New York Music Scene in the 70's and 80's & 90's. Jeff was one of the "architects of the 70's NY Music Scene", very skillfully and tastefully merging Pop/Rock/Jazz/Fusion/Blues with his expert songwriting skills. Co-writing with NY's finest like Ellie Greenwich. Jeff was sought out by artists like John Waite, Cyndi Lauper, Bette Midler and many more as you'll see from this playlist I created that it's just the TIP of the iceberg of his long and prolific career in Music. If anyone has more videos for me to add just let me know and we'll keep adding to this amazing playlist celebrating his Music.

Jeff's younger brother Andrew Kent was a drummer and we would Jam at his place in NJ (69-70) when we were learning our craft. At the time there were 3 drummers we were Jamming with in West Orange. Andrew Kent, Jim Jacobus and Max Weinberg all were excellent at their own styles. One night at Andrew's his older brother who had just signed a major label deal with his band "Dreams" stopped by to hear us play. He was polite and encouraging but that was the last I saw of him until the mid 80's. A talented bunch of players I knew had signed on with "David Clayton Thomas and Blood Sweat & Tears" after leaving Music School. They worked every weekend flying around the world, I got a call from the drummer Tom DeFaria who told me the gig with BS&T was great but the guys wanted to play some Blues and asked if I'd front their band and teach them some cool Blues Tunes. 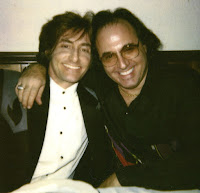 They were all sharing a house in North Jersey and thought he'd name the band "The Hudson River Rats". We played a few Jersey Bars and then our Guitarist Steve Conte called me and asked if I'd do a few Wedneday Night Jams in NYC with Jeff Kent Hosting and MC'ing. Since it was NYC Jeff Kent thought we should and some Horns and Special Guests. Our band was myself, John Conte on Bass & Vocals, Steve Conte, Guitar & Vocals, Glenn McClelland-Piano. Horns were: Denny Morouse-Tenor Sax, Tom Timko-Alto Sax, Crispin Cioe-Baritone Sax, Vinnie Cutro-Tpt. Our Special Guest was Jon Paris and boy we played some BLUES! Other Guests Jeff Kent recruited were: Bette Sussman, Danny Draher, Elaine Caswell John Putnam, Mark Grandfield, Phoebe Snow, Chrissy Faith, Patty Darcy, Carole King, Cyndi Lauper Will Lee, Blue Lou Marini, David Johanson, David Clayton Thomas, Willy Deville, Richard T. Bear, Miriam Valle, Julian Lennon, Don Brooks, Jeff Ganz, Bernard Purdie, Richie Hayworth, Reese Wynan, Bobby Nathan, Charlie Musselwhite and a ton of others I'm forgetting that Jeff worked with in the studios. The Jam got so big we had to take it uptown to the Lone Star Roadhouse. What a scene...Thank You Jeff and RIP you are already missed. I got together in 89' with Jeff and we wrote a song. Sort of a tribute to the legend of Robert Johnson titled "Hellhound Jubilee" it was only a demo done in his apartment but I included it here and who knows maybe I'll record it with a band someday in honor of Jeff Kent...Condolences to the Family Andrew.

For inquiries please contact AG Kent at jeffkentmusic8@gmail.com
Posted by StardustBlue Media at 5/13/2016