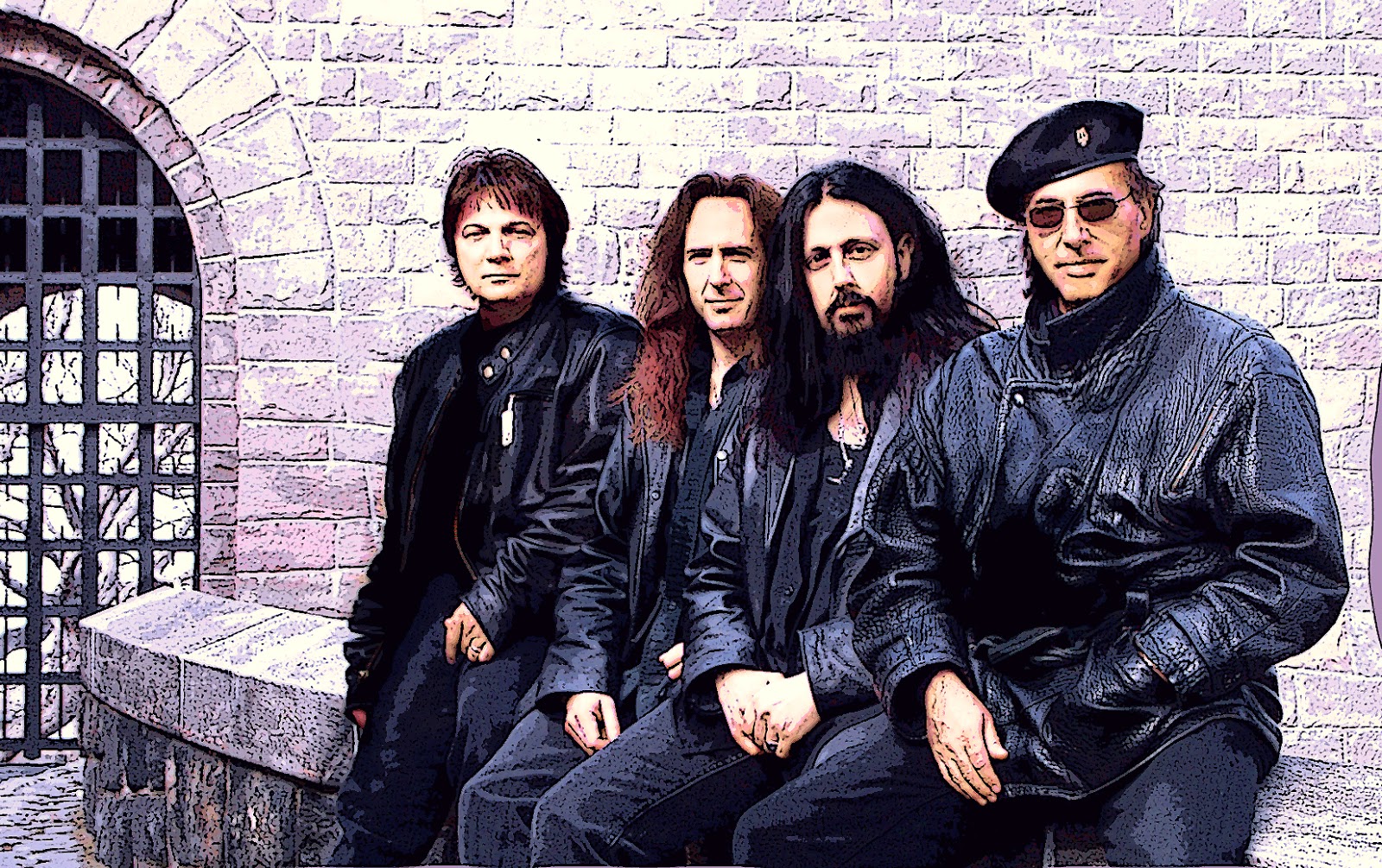 Gene Simmons signed Giuffria to his record label Simmons Record. He changed the band’s name to House of Lords and replaced the band’s original vocalist[1] David Glen Eisley with James Christian. Simmons liked the material presented to him by Gregg Giuffria, a demo for Giuffria’s third record, however wasn’t a fan of the voice. James Christian was suggested by Chuck Wright, the bassist as the two had worked together in L.A. Rocks.

House of Lords’ eponymous debut was released in 1988, featuring a heavier sound than Giuffria with slightly less emphasis on keyboards. The debut received critical acclaim. They toured with Cheap Trick and opened for Scorpions in 1989. The album featured one major hit, “I Wanna Be Loved” (Hot 100 #58). The Stan Bush penned “Love Don’t Lie” was the second single. Aside from some MTV airplay, it failed to ignite. Despite a successful tour, original guitarist Lanny Cordola left in 1990, replaced by Michael Guy.

Their next effort, 1990’s Sahara, features Michael Guy and an impressive list of guest musicians. Other notable contributions to the album came from Doug Aldrich, Rick Nielsen, Chris Impellitteri, Mandy Meyer, David Glen Eisley, Robin Zander, Mike Tramp, Steve Plunkett and Ron Keel. The first single & video was the Blind Faith cover “Can’t Find My Way Home” which did well on Album Rock radio peaking at #10… The second single “Remember My Name” was a bigger hit at Top 40 radio hitting #72 on the Hot 100 and a Top 5 regular on DIAL MTV. Soon after the single peaked, Chuck Wright and Ken Mary (drummer) would leave.

1992’s release Demons Down, described by Christian as his favorite release, features Dennis Chick (guitars), Sean McNabb (bass) and Tommy Aldridge (drums) as well as, sole original members, James Christian and Gregg Giuffria. The album spawned two singles for the title track and the ballad “What’s forever for” which would have been massive in a pre-grunge climate. After recording demos to shop for a new label, the band parted ways.

From a business point of view, House of Lords never reached the same level of popularity that Giuffria did in the mid-eighties until Jeff Kent was called to pull the band out of its black hole at the Frontier Records, ready to drop the House of Lords after the bands disastrous ratings of “The Power And The Myth” CD. The sacking of original Giuffria vocalist David Glen Eisley by Gene Simmons was not the most clever decision, but accepted by Gregg Giuffria. 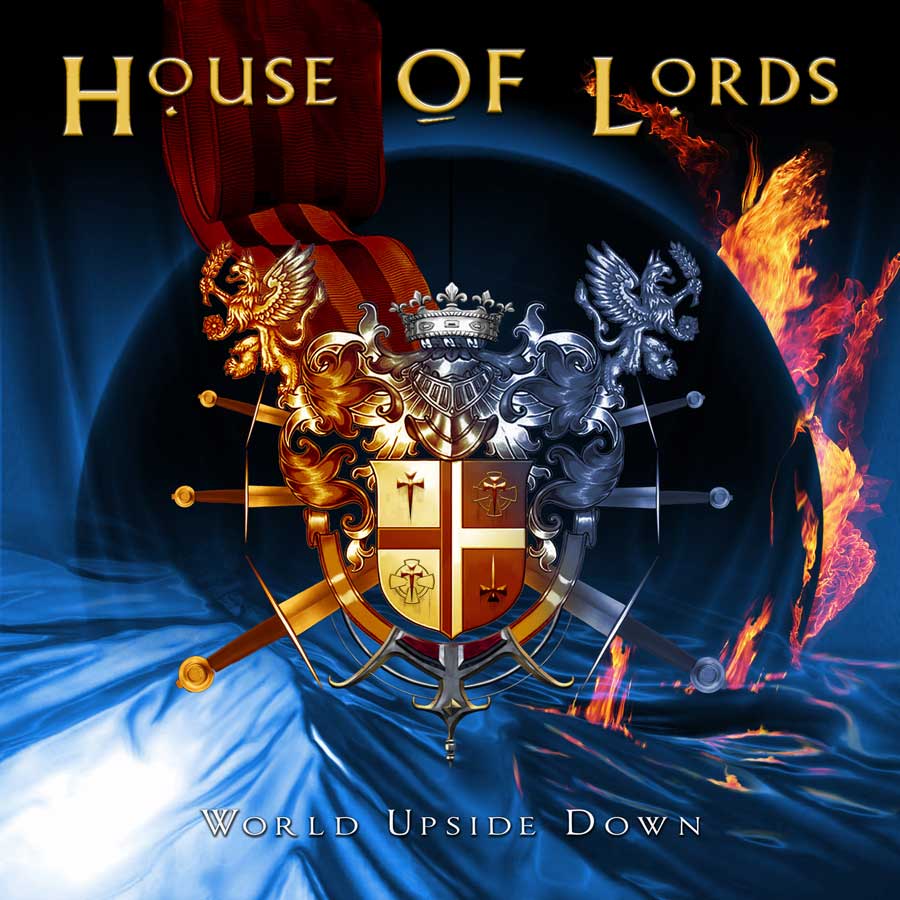 A new album was rumored to be released in 2002, with original members Lanny Cordola, Chuck Wright and Ken Mary. Two years later The Power And The Myth was released by Frontiers Records with lack luster ratings and songs, however Greg Giuffria had pulled out and keyboard work was done by guests Derek Sherinian, Allan Okuye, Sven Martin and Ricky Phillips. 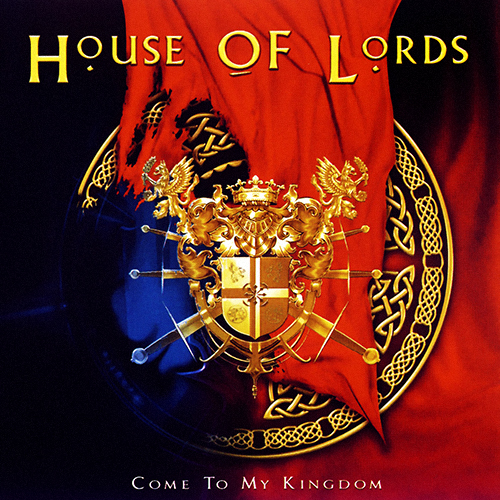 In 2006, House of Lords released a unique new album, World Upside Down. The majority of the melodies and lyrics were written by Jeff Kent formerly of Pierce Arrow, Dreams, CBS/April Blackwood songwriter, MTM Songwriter. Jeff was made a “full band member” pictured in his beret on the CD cover and inside jacket credits.

Jeff also played all keyboard parts, in spite of what fans were told. Gregg Giuffria, backed out at the last minute, but allowed the use of his name only on the album credits to keep the band’s continuity with their fans.

Soon to follow was a live album. House Of Lords, "Live in the UK" was released in January 2007. To the band’s great pleasure, Melodicrock.com also included two of Jeff’s co-compositions on the double 20th Anniversary CD, regularly released by MELODICROCK.COM., the foremost authority on Heavy Melodic Rock music in the world today.

2008 marked the release of the long awaited next new studio album, where Jeff was again solicited to write “all the lyrics and melodies” with the exception of one song. The title came from Jeff’s lyric “Come to My Kingdom” and was followed by a limited European, US tour. The “Come To My Kingdom” CD was rated at 97% on Melodicrock.com.

Jeff's work on House of Lords “World Upside Down” CD raised the bar when it was rated at 96% after the bands previous effort on “The Power And The Myth.”

The band was asked to play for the first time in Brazil with White Lion and Tyketto at the Hard in Rio II Hard Rock Festival.


House Of Lords performing "Another Day From Heaven" at Hard In Rio II, mid-way through their 2008 "Come To My Kingdom" World Tour. Featuring James Christian, Jimi Bell, Matt McKenna, and BJ Zampa.

In 2009, the band plans to resume limited touring and continue the infamous Come to My Kingdom tour of Europe, starting in September 2009.
Edited by Mrblueyes68 on 2 Jan 2010, 05:43
Sources (view history)
http://en.wikipedia.org/wiki/House_of_Lords_(band) 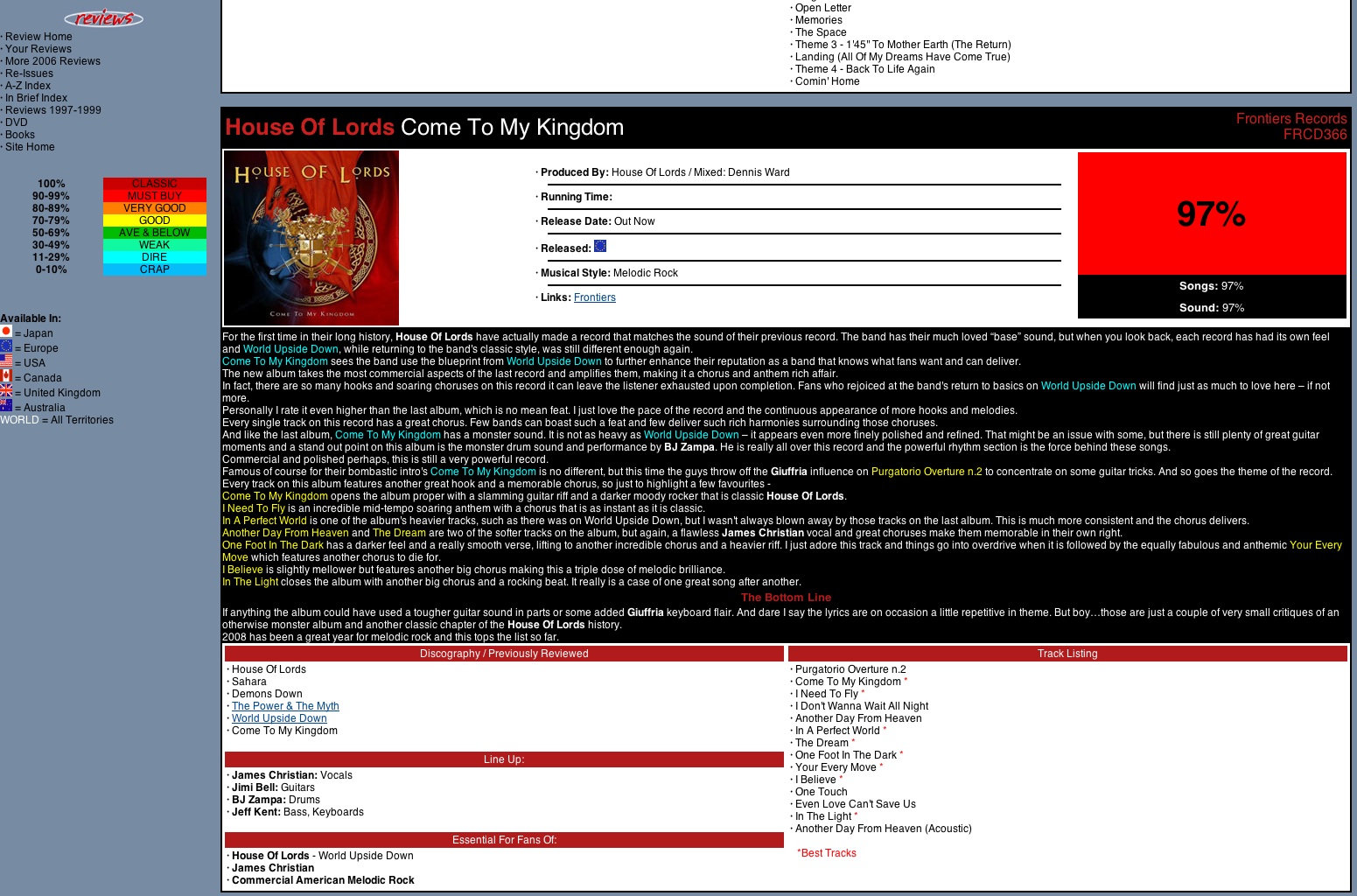 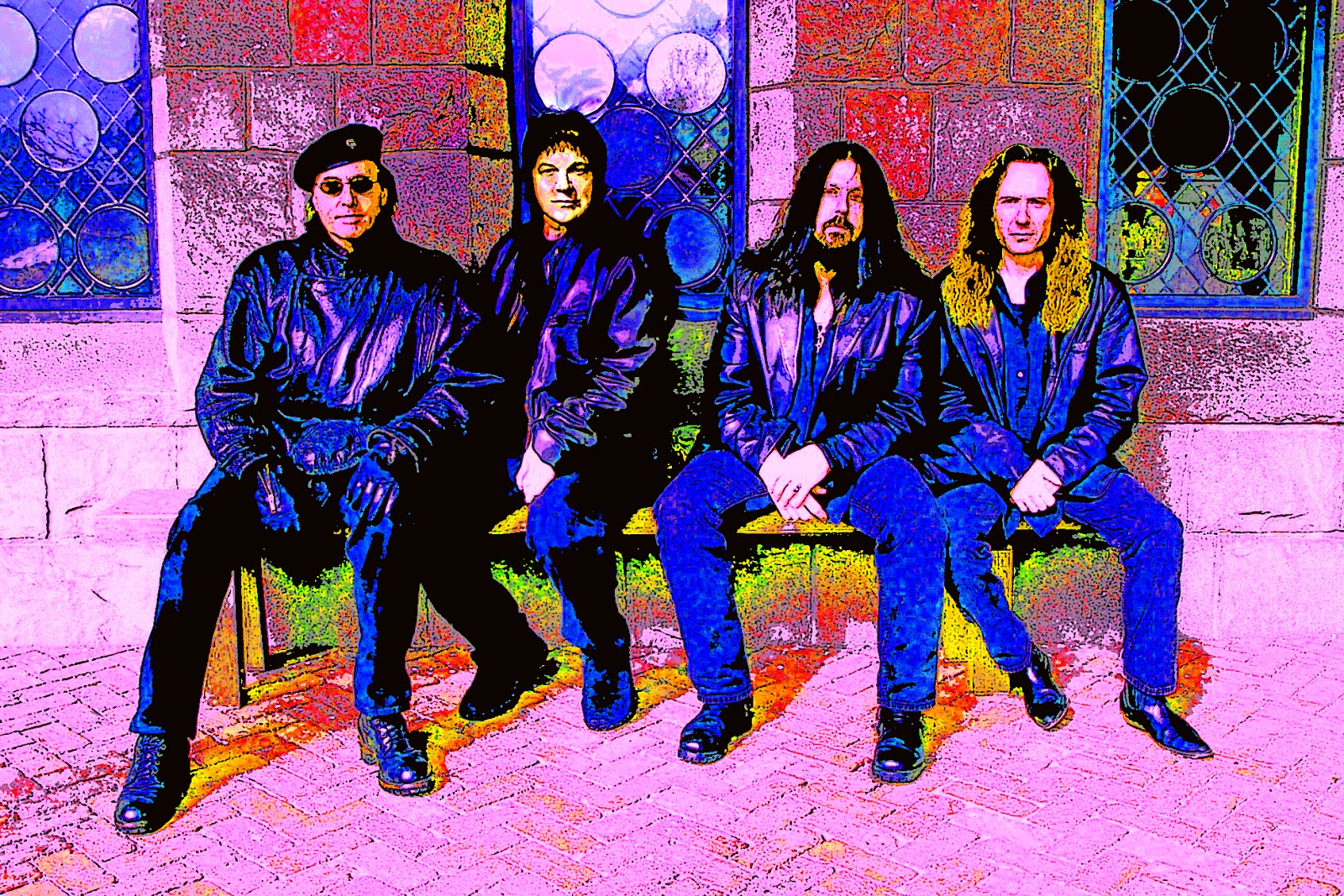 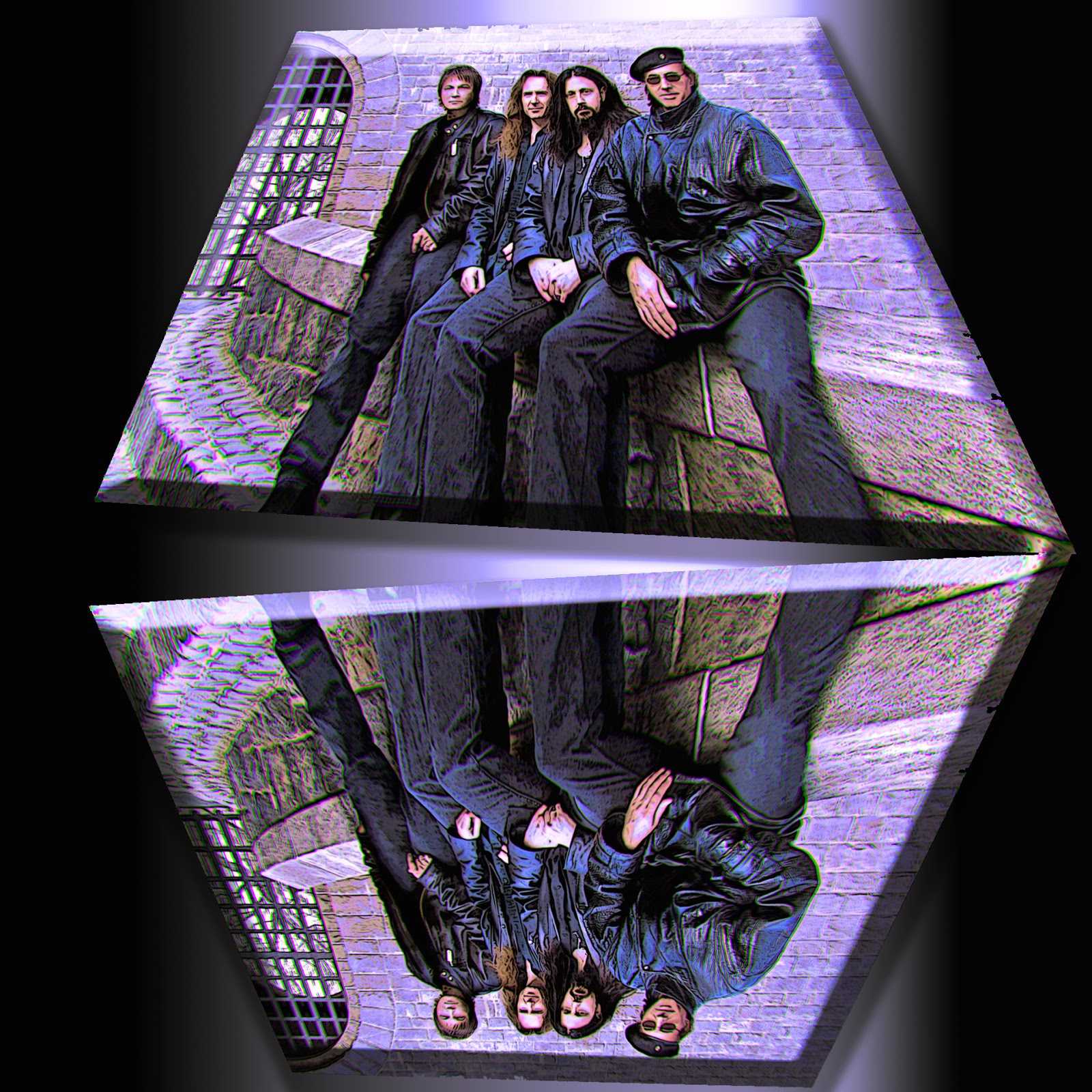