It All Began in New York City... 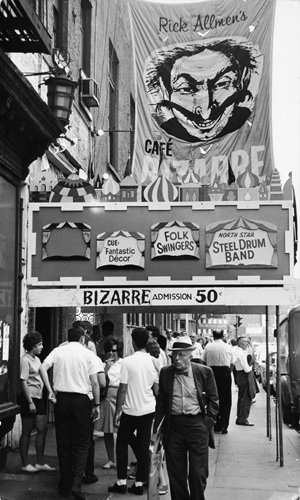 After entering the exploding music scene in NYC 1966/67 in my last year of High School, and playing the west village at the Café Bizarre, when the Night Owl was packed with Steely Dan and the Lovin’ Spoonful, all the folk luminaries were everywhere, the Bitter End and Café Au Go Go were in full swing,  My High School Band named CYNTHIA’S VEIL played the first huge outdoor Rock festival ever, in Tompkin’s Square Park, in the east village. There were riots and the Vietnam War was all mixed up with the Peace Movement.

Meanwhile, the music was being created everywhere. Jazz greats like Charles Lloyd, Freddie Hubbard, Tony Williams, Sonny Rollins and so many others were everywhere. My high school band had become a house band at the premier Rock hang in the city, Steve Paul’s Scene on west 46th in Manhattan in NYC.  Steve Paul was managing Johnny Winters and his club is where luminaries in Rock use to hang and Jam every night. Everyone from Tiny Tim, to Eric Clapton and the Electric Flag, The Doors, Buddy Guy, and so many others it’s mind boggling. 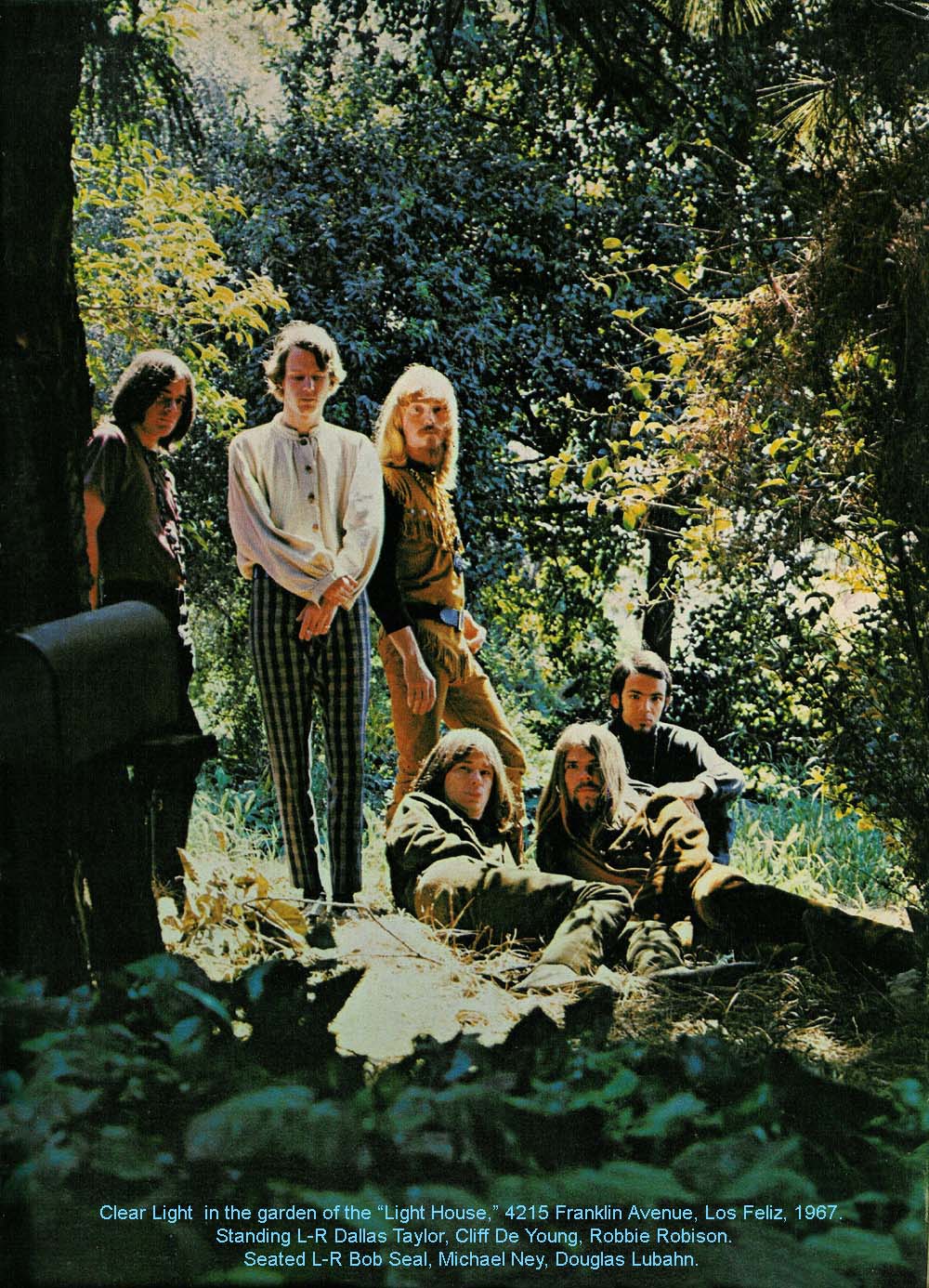 After becoming friends with the band CLEAR LIGHT, in town from LA, produced by Paul Rothchild, (producer of THE DOORS and JANIS JOPLIN), Clear Light asked me to come and move in with them in CA and live at their commune mansion not far from the HOLLYWOOD sign. 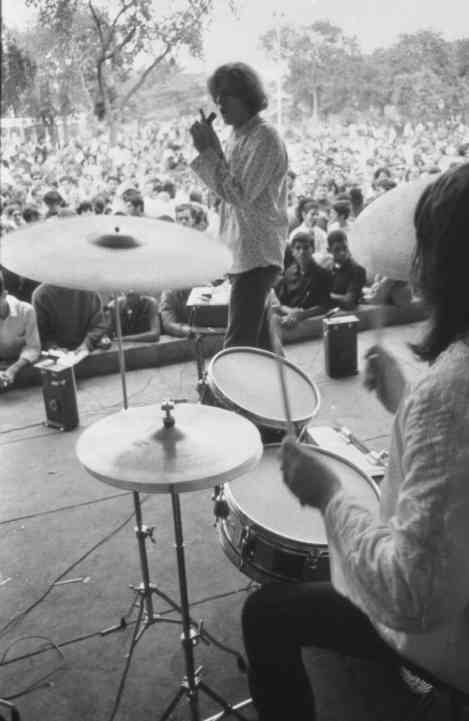 This was my first time in CA.  As CLEAR LIGHT, (Lead singer Cliff DeYoung, pictured left at Thomkins Square Park with Drummer, Dallas Taylor) was disbanding, Doug Lubahn, their bassist, was playing occasional bass on many of the Doors records in their studio sessions produced by Paul Rothchild. The entire LA music scene was in full bloom. Sunset strip was the carnival Mecca of music, sex, drugs, rock and fashion.

“As the times, they were a changin’”, I felt it was time for me to leave LA. I moved to San Francisco where I tried putting together a few other bands.

Eventually, I just felt it was time to move back east as the 60’s were coming to an end. I moved back to my family home in West Orange New Jersey to regroup and literally recoup. One night I got a call from Doug Lubahn in LA, who expressed a desire to move to the east coast. We shared a desire to pool our talents and start a partnership and band. Doug moved to NJ and slept in the basement of my parent’s home before we made our way back to NYC. 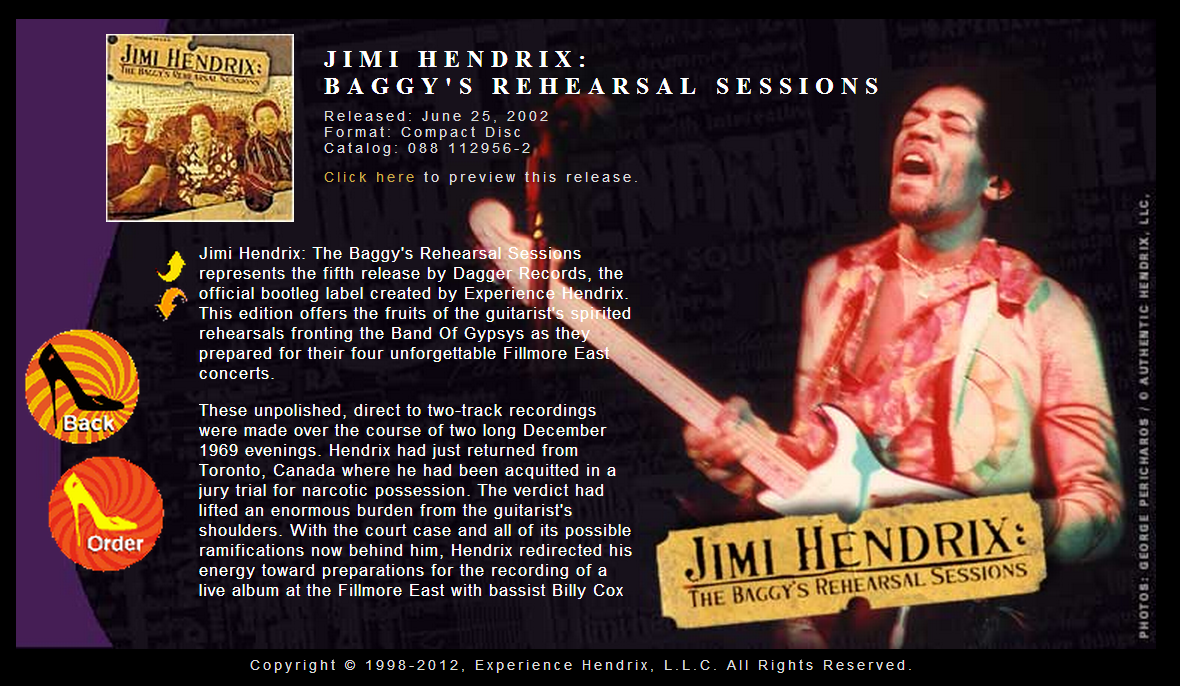 Once in NYC, we became friends with Tom and Ronnie Edmonston, who owned Baggy Studios, the premier rehearsal studio space in Soho, on Wooster and Grand Street. I was turning 20 years old at the time. Every major recording band and was rehearsing at Baggy Studios, like Jimi Hendrix, Sly and the Family Stone, James Taylor, Steven Stills, Janis Joplin, and a parade of soon to be the most successful artists in the music industry. The access to amazing musicians was endless.

Doug and I did a lot of songwriting there as we had access to a lot of equipment, including the Hammond B3 Organ with 2 Leslies that became my prime instrument aside from my Martin 12 string guitar I wrote on at home. Eventually the owners of Baggy’s wanted to manage us, which they did for a short time. I personally slept on the floor of their loft apartment at the corner of Bleecker and 6th Avenue where Tom and Ronnie lived. 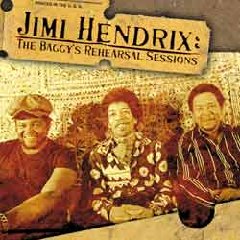 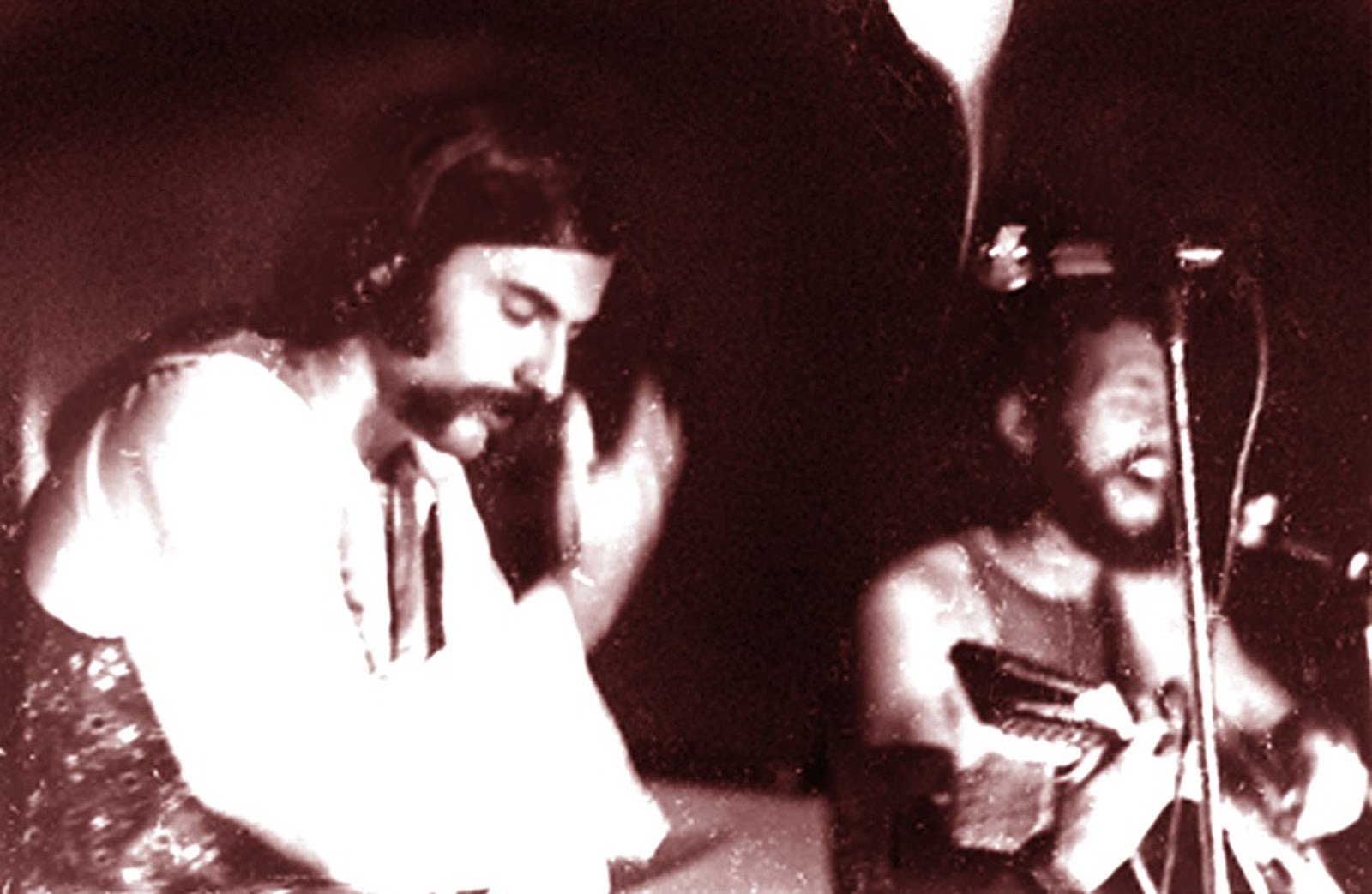 My partner, Doug Lubahn was friends with the brilliant musician Barry Rogers. Barry knew a myriad of amazing players. He was a Latin Jazz icon, who literally invented the sound of horns for Eddie Palmeri and Ray Baretta. I was confused when I heard Barry was a Trombone player. I was a little reticent, until we met and heard each others music. .  It was at this moment in time that the marriage between Jazz and Rock was FUSED. 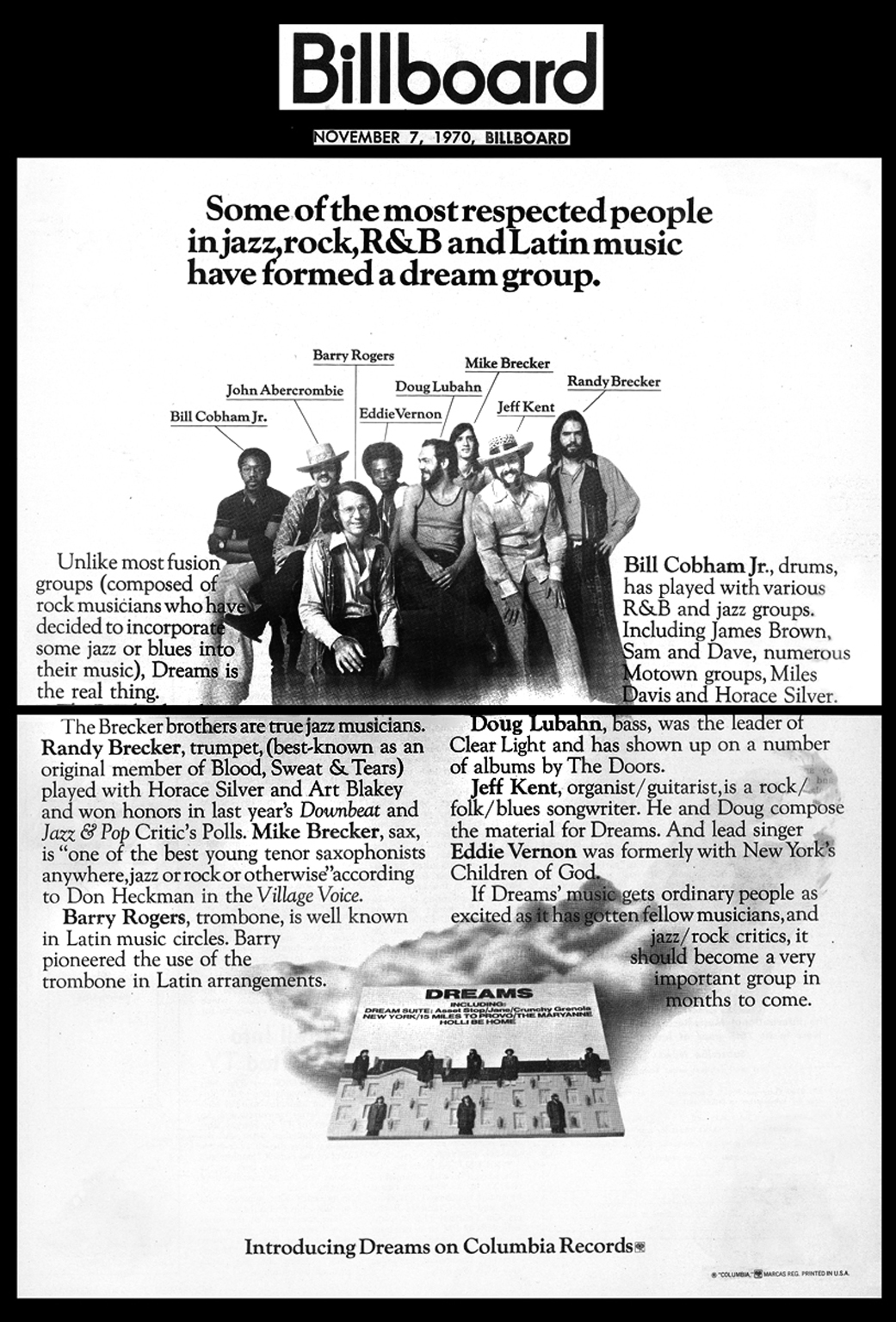 Eventually, my girlfriend and I ended up moving in with Barry Rogers, his wife and son on Walton Avenue in The Bronx.  Barry had an amazing piano in his huge prewar apartment. I started writing on it before Doug and I both found apartments in the same building down the block. We moved into two separate apartments at 123 Walton Ave on 165th and Walton.  Barry Rogers brought Billy Cobham down to play at Baggy studios. When he heard the songs, Billy wanted to bag the horns and be a power trio, but that never happened. Barry, subsequently brought down Michael Brecker. He kept talking about getting Michael’s brother Randy to join us,  although at the time, he was playing with Horace Silver.  Eventually, Randy joined us as well and commandeered John Abercrombie. After many live gigs at the Village Gate, John wanted to go his own way and Bob Mann replaced him. We added Eddie Vernon on lead vocals and we were signed!  Clive Davis signed us to Columbia Records. This was the time horn bands from Chicago to Ball and Jack to Tower of Power were also being signed.  Horn bands started to sprout up and jazz/rock fusion was now something that was beginning to evolve. 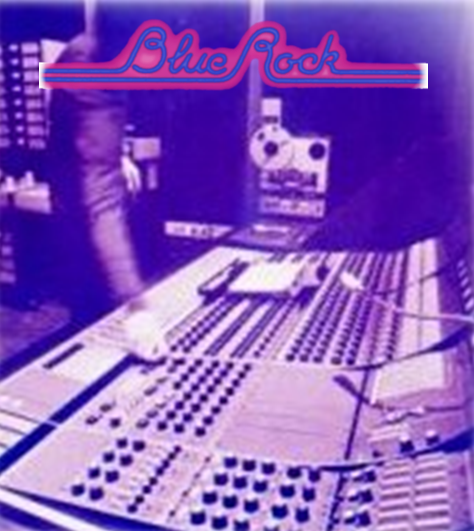 Doug and I pre-wrote many of the songs that went into "Dreams". Our first drummer, the incredible, Mark Whitaker was sadly killed in Palo Alto, C.A. by a hit and run driver before we ever got to Baggy studios. During that time, I had a dream and the name "Dreams" was born.

After recovering from the loss of Mark, our friend and drummer, Doug and I started writing and recording with new musicians at Blue Rock Recording Studio, on Green Street. My friend, Joe Schick, owned Blue Rock with his partner. I met Bette Midler there. This was before she was known at all. Although, Bette was doing her cabaret act at the gay bath houses, which I knew nothing about until years later.


Many of the sessions at Blue Rock studio yielded a lot of musical attention. A song of mine recorded then named “Daytime Hustler” ended up on Bette Midler’s "Divine Miss M" Album on Atlantic Records. (You can listen to " Daytime Hustler" below at 10:52 into the album.) This was Bette’s first album and launched her career. She asked the owner of Blue Rock, our friend and hers, if she could watch us record and I didn’t even know she was a singer at the time.

The original demo was done with JoAnne Vent who was the wife of Richard Crooks, then playing drums with Dr. John (Eric Clapton, Jeff Beck to name a few) and now he was the drummer for what was going to be our new band, along with Danny Weiss and John Finley from Rhinoceros.

Below is the original demo recording and production of DAYTIME HUSTLER before it was recorded by Bette Midler on the Divine Miss M Album. It is being sung by JoAnne Vent with Richard Crooks on drums who she was married to at the time. It was recorded at the infamous Blue Rock Studios on 29 Greene Street in NYC in 1972. 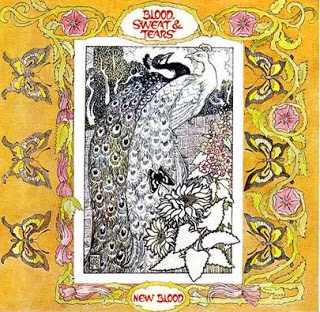 We were searching for a new sound. Rick Marotta was on some of those sessions as well. In fact, another song from that studio was a song called VELVET, which was cut, by Steve Katz of Blood Sweat and Tears.

Back then Bette Midler use to get on the “D” train from Barrow street where she lived and come to 165th and Walton Ave to listen to songs and hang out at my apartment. 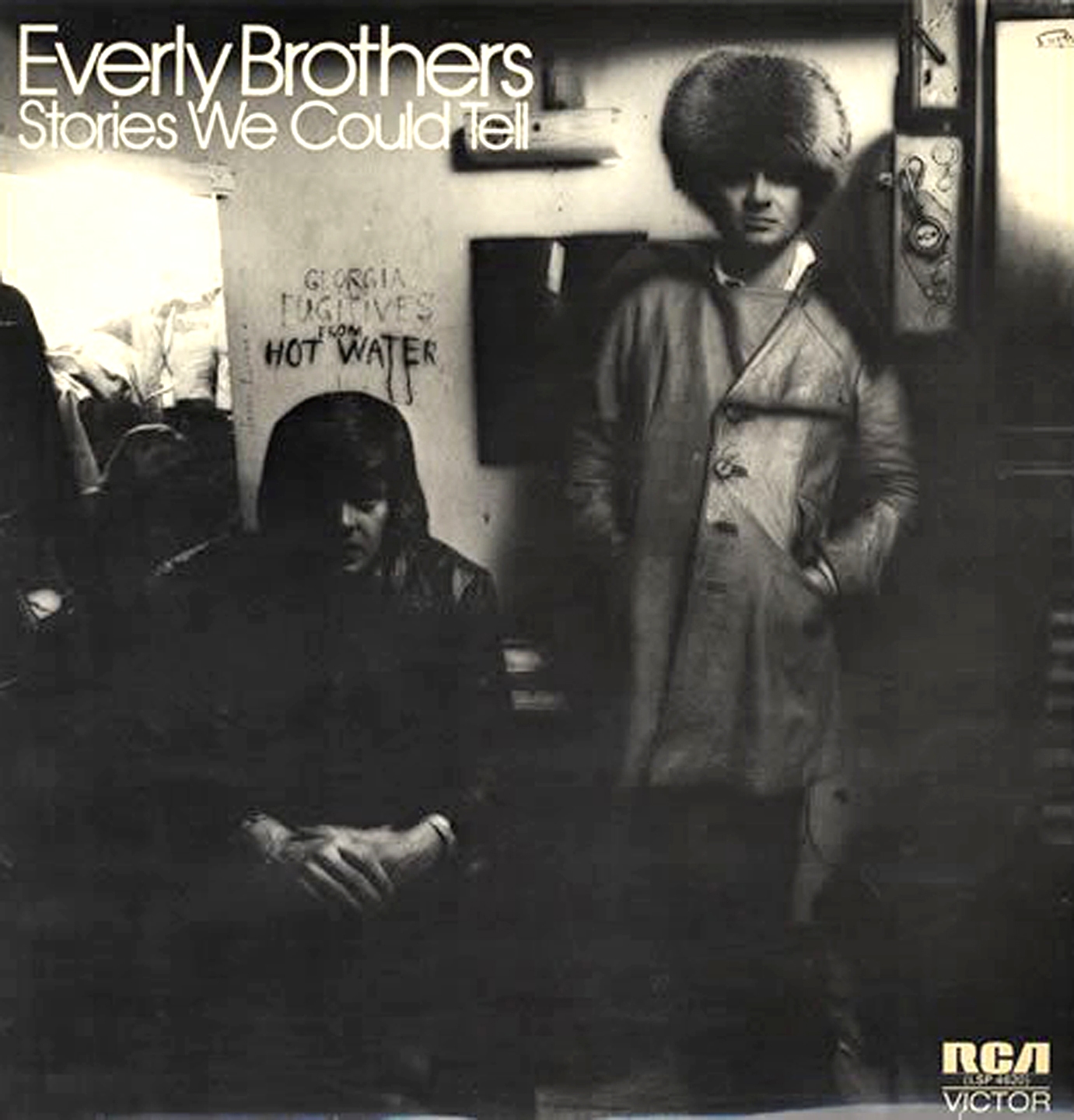 Another song we wrote and recorded at Blue Rock was called DEL RIO DAN. It was based on a true story.  Paul Rothchild came to see Doug, who played occasional bass on Doors records and also had a relationship producing CLEARLIGHT before their eventual break up.  Paul asked if he could help produce while we played.

Paul eventually got involved in trying to bring the Everly Brothers back together and wanted to record the song Del Rio Dan from that session. Doug and I were flown to LA to play and sing on the record. I played 12 String and Doug sang a bit with them. This album was entitled STORIES WE COULD TELL, released on RCA in 1972 http://en.wikipedia.org/wiki/Stories_We_Could_Tell
The line up of stars on this recording was truly “who’s who” and beyond amazing. All the best Rock and Country players were on this Album.

DEL RIO DAN - Written by: Jeff Kent, Doug Lubahn, Holli Beckwith The Everly Brothers version of DEL RIO DAN can be heard on their Album "STORIES WE COULD TELL" by clicking here and going to 19:39 (click) 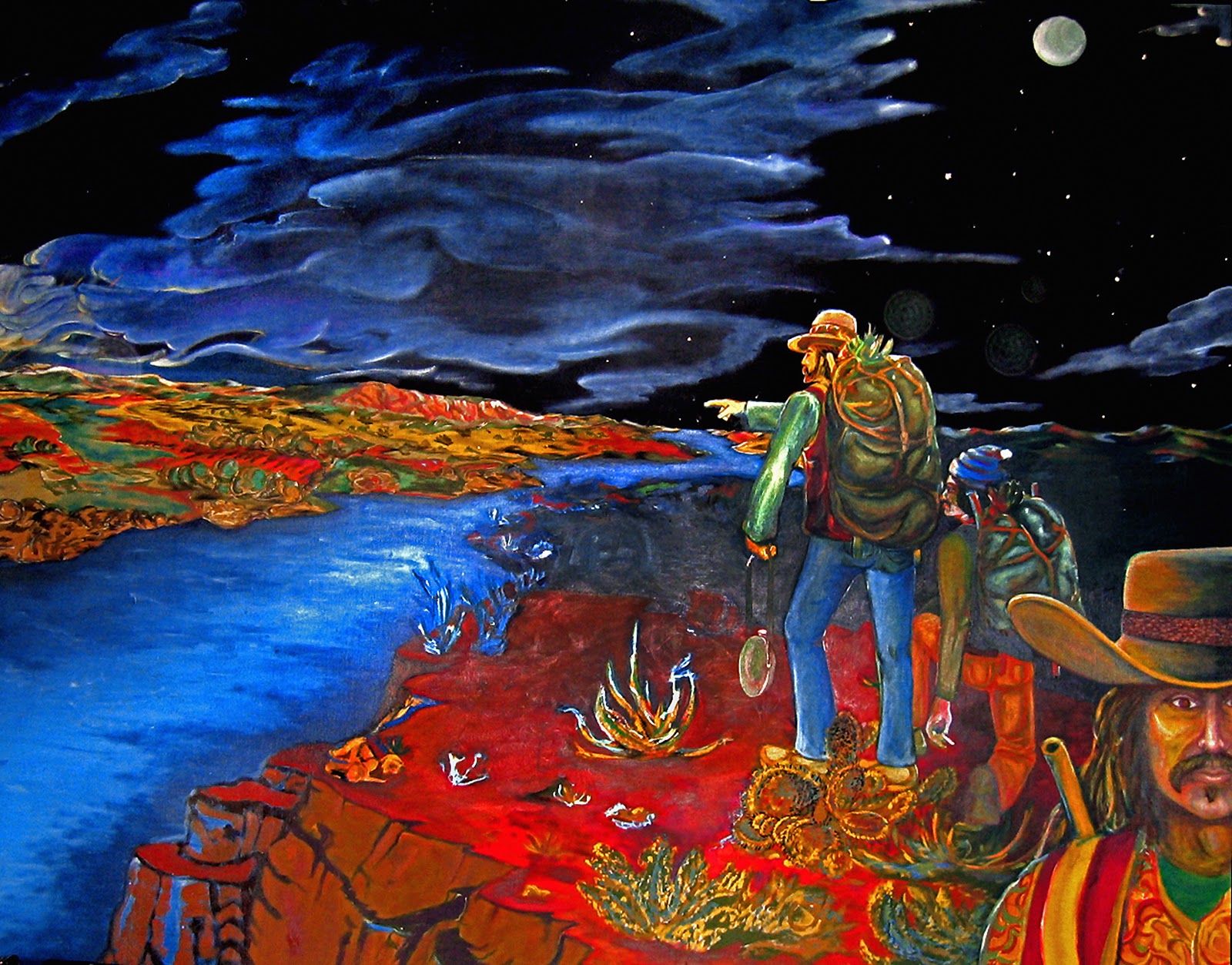 This painting on canvas (right) was done by DEL RIO DAN and painted while hanging on my apartment wall as the song was being written in The Bronx, N.Y. in 1971. The face of DEL RIO DAN, in the painting, was damaged and I restored it myself.  My time at School of Visual Arts paid off. The story of the song is in the painting. DEL RIO DAN is alive and well painting in Dallas, Tx.

Eventually, I will write a book to bring you all these extraordinary true stories.  I will answer all those pondering questions from "Dreams" fans around the globe. I would like to correct many misquotes on facts that are out there, not only on "Dreams", but on my catalogue of work with other bands as well.

I feel it's time to set the record straight and share some amazing moments with all music lovers. More to come.....