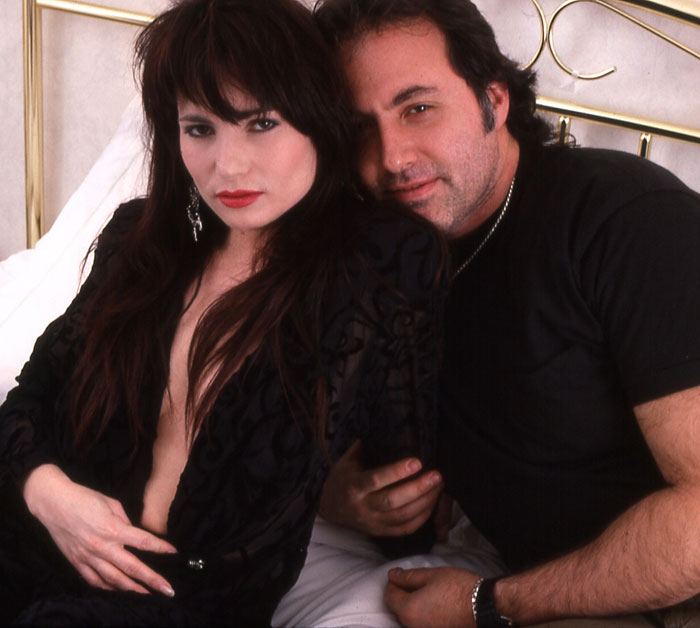 Jeff and Robin became friends in the early 80's. Their friendship began when Jeff kept hiring Robin to sing on many of his song demos while singed to MTM as a staff writer. He fell in love with Robin's voice and rockin' energy.

After many lead vocal sessions and background sessions, their friendship grew.

Robin was recording various records but was always with someone else's songs. She always attracted the best writers and musicians but always hesitated to claim her own power as a writer. Jeff saw that talent in her even in it's roughest state.  He knew that with the proper encouragement he could bring out the true powerhouse melodic rock writer locked inside.

After many writing sessions, Jeff and Robin became not only close friends but a deep respect for each other's talents was activated to the fullest.

Robin had just released her first #1 single, THE FIRST TIME in January of 1988. It was originally recorded for a Coca-Cola commercial in 1987, and was released originally in the United States on January 31, 1988, and subsequently released as a single. The single was released in the UK in October 1988 and climbed to #1 and spent 3 weeks there in November/December 1988, spending 14 weeks in total in the UK Singles Chart. 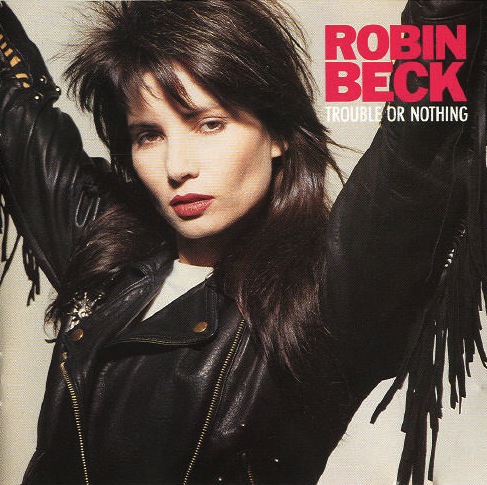 She was exploding all over Europe where the doors were opening for her like never before. She wanted to write some of the songs on her new record and turned to Jeff to fulfill this writing dream of hers entitled: TROUBLE OR NOTHIN'

After working and writing with Jeff and others in New York City, Robin went to England to follow up on her #1 single success.

She was working closely with Desmond Child, Diane Warren and a host of luminaries in the Melodic Pop Rock Genre.

Robin called to fly Jeff to London England to write with her for this new recording to be titled: TROUBLE OR NOTHIN'.

She was also there to Star in her new single Video of the Desmond Child/Diane Warren song SAVE UP ALL YOUR TEARS.

Those London writing sessions yielded a few songs, but "one" in particular made it to the TROUBLE OR NOTHING CD. That song was SLEEPING WITH THE ENEMY.

The other song Jeff and Robin wrote together was the song entitled: A HEART FOR YOU. Lyricist Terry Cox was also one of the writers on this song as all three were working together on many projects at the time.

TROUBLE OR NOTHING was recorded at Bearsville Studio, in Woodstock New York. Bob Chouinard was one of the drummers on Robin's CD. Bobby was originally the drummer in Jeff's Columbia Records signed band PIERCE ARROW in 1977.


The Bearsville recording sessions were a reunion of so many amazing musicians, writers and technicians that Jeff and Robin both loved and worked with over the years.

John Patrick Luongo (John Luongo) was also behind the console bringing Robin's record to life. Jeff and John's friendship would continue long after Robin's TROUBLE OR NOTHING recording.

Robin also went on to record another CD entitled HUMAN INSTINCT where she recorded a co-write with Jeff and Terri Cox entitled: GONNA TAKE A LIFETIME, which became a single on DSB in 1993.

20 years after the release of TROUBLE OR NOTHING, Robin and James Christian, her husband and Producer, decided to give her fans the re-release of this recording only it was re-recorded from scratch, all the songs on the original plus 4 new songs. 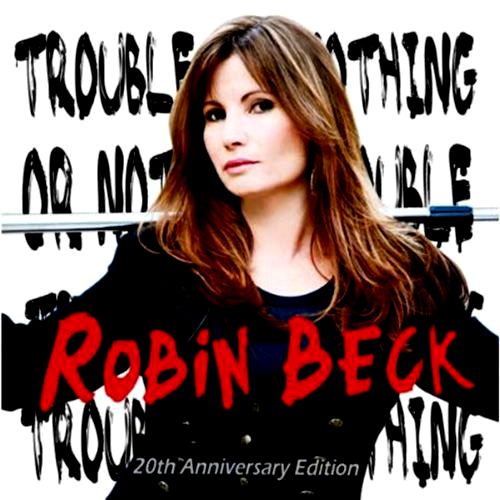 By this time, Jeff was writing for James Christian, lead singer and producer of HOUSE OF LORDS as well.  Robin encouraged James to work with Jeff. Jeff had hired James Christian independently of any sessions Robin ever did with Jeff in those mid to late 80's. James never knew Robin until she moved to California and they met on a beach in Malibu. Years later, Robin called Jeff to reconnect and to inform him that someone wanted to talk to him. She put James Christian on the phone and Jeff was informed they had been married and had a daughter Olivia.


Eventually Jeff was asked to join HOUSE OF LORDS after writing on almost a dozen songs on the World Upside Down HOUSE OF LORDS CD on Frontiers Records… A new world-wind writing relationship was born and Robin, James and Jeff had become a writing factory for Robin and for House of Lords.

Everything was always centered around the music. As far as Jeff Kent is concerned, Robin Beck has always been one of the all time best melodic rock female singers Jeff ever had the pleasure of working with. It's no wonder she and James connected, as they not only bonded as life partners, but they both shared being incredible singers and talents..


Around the same time in the late 80's, Jeff was writing and producing  another amazing singer he grew up with, Pattie Darcy. Pattie's partner and musical director/guitar player was Scott Musmano. One of the songs, entitled “LOVE LIES” that Jeff wrote with Scott ended up being recorded on Robin Beck's LIVIN' ON A DREAM CD many years later.  Robin still talks about how “LOVE LIES” is no only one of her favorites but also one of best rock songs she has ever sung. She loves performing it live.

There are so many stories that Jeff could tell about all these relationships. Suffice it to say, this bit of information reveals much of the magic of Jeff's connection to Robin Beck and her husband James Christian, both amazing singers and talents. 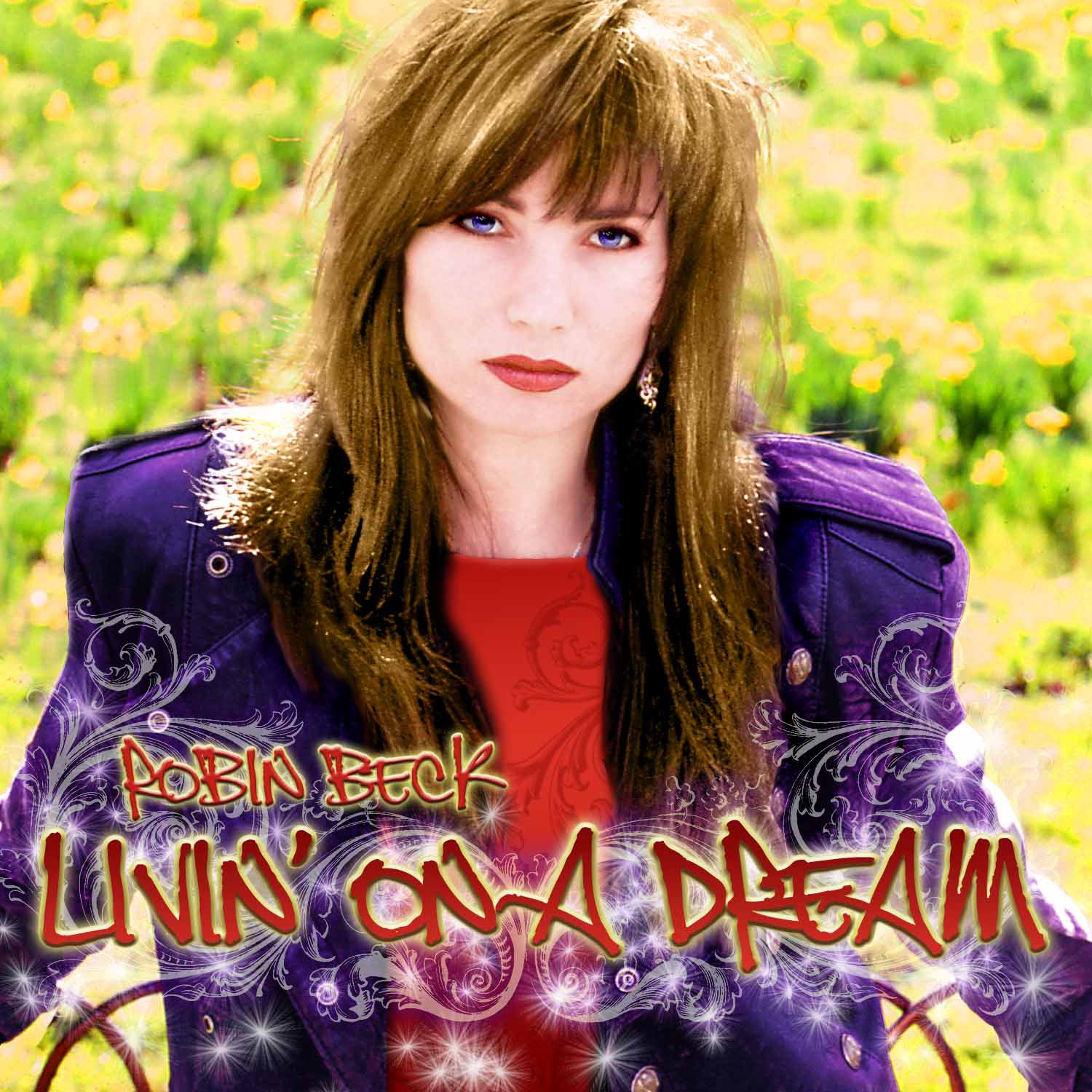 The following are some quotes by Robin Beck about her writing relationship with Jeff Kent:

In the Special Thanks on Robin Beck's "Livin' On A Dream" CD she singles out Jeff with a fitting tribute to Jeff's influence on her becoming a confident song writer.

Except from the inside jacket of the CD LIVIN' ON A DREAM which reads as follows:
"I would like to especially thank my good friend Jeff Kent … When I think about Jeff, all I can say is, "He brings the absolute best out of in every word I write."
"I have reached a whole new standard of writing lyrics and developing melodies because of the constant encouragement that he has always given to me throughout the years … It was so much fun writing this record with you …. I love you Jeff!"

Another tribute Robin gave to Jeff about LIVING ON A DREAM focuses on the song ALWAYS:
"Another one of the highlights of this CD is the collaboration between Jeff Kent, Chris Pelcer and James Christian on the song ALWAYS. I'm also back with my closest writing partner, Jeff Kent, who put me firmly back into my truest Rock n' Roll shoes. Jeff and I are an amazing writing team."

This story would not be remotely complete without mentioning the music contributions to most all the songs written by Jeff and Robin by Tommy Denander, Jimi Bell, James Christian and BJ Zampa.

Finally, after countless songwriting sessions with Jeff, Robin claimed her power as a solo writer. In February 2011 she released THE GREAT ESCAPE CD for Frontiers Records.