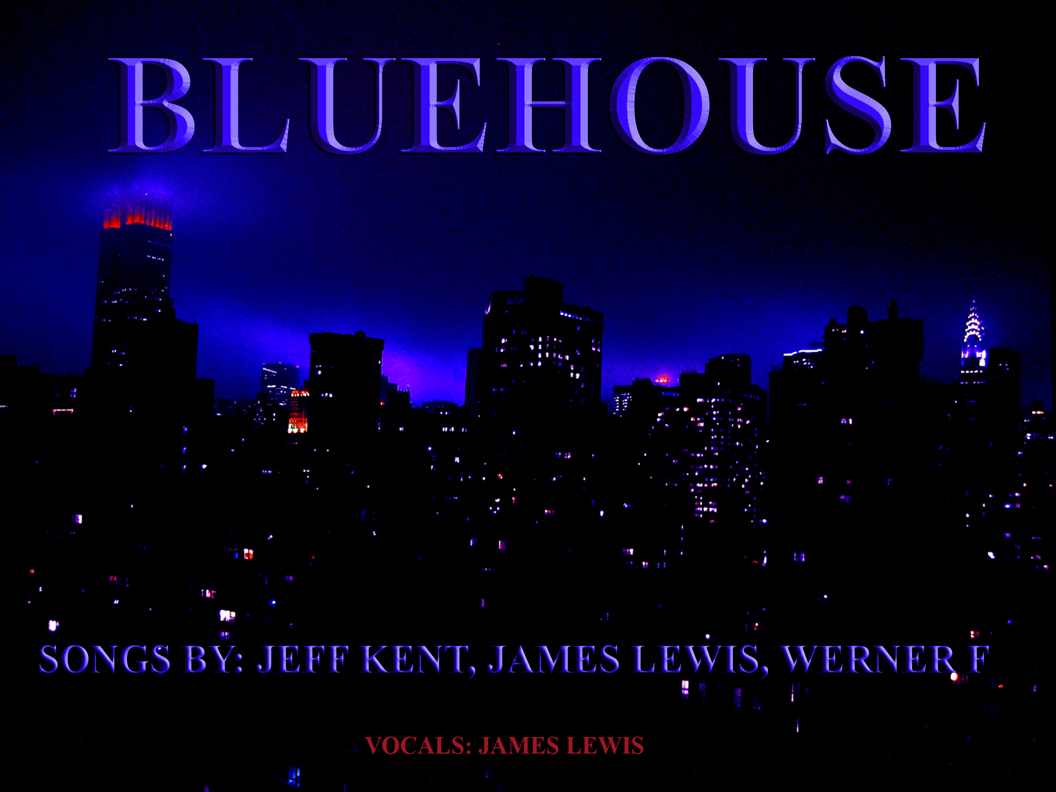 Jeff Kent worked at David Horowitz Music and Associates, (DHMA) writing TV commercials after Pierce Arrow. He hired Werner to play  on many sessions.  The Jingle business started shrinking at an alarming rate.

While at DHMA, Jeff  introduced raspy blues/rock vocalist James Lewis (Trans Siberian Orchestra) to Werner Fritzsching. Together the three of them ended up writing fourteen songs together that can be heard on the above player.

Mitchell Fox eventually got involved managing them as BLUEHOUSE.  Jeff recognized the blues roots ingrained in both guys was as powerful as their individual talents.

James and Werner put an amazing group of players together and Jeff ended up writing 14 songs with them. Those songs are here on this page. Jeff submitted the Bluehouse song “ALL THE PIECES FALLING” to James Christian of House of Lords. James submitted the song to Serafino Perugino, President of Frontiers Records. It was accepted and recorded on the World Upside Down CD for Frontiers Records.

All these Bluehouse songs have stood the test of time as do any great songs, which John Waite will attest to and does later on in this website,