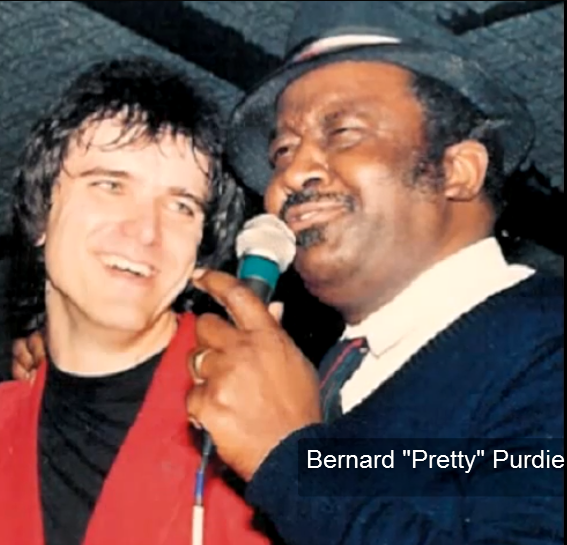 I use to go see the most amazing Jam sessions at a club named the Cafe Au Go Go across from the Bitter End in the late 60's. That's where I use to go see everyone from Hendrix, the Cream, The Blues project with Al Kooper, before BS&T, Muddy Waters, Albert King, B.B.King,, tons of Blues and Rock Icons, The Jefferson Airplane, Rhinoceros, Paul Butterfield, Janis Ian, and literally countless others, including lots of folk guys, and so many others of that time. They use to line up outside and it was usually all completely spontaneous. The club had served no alcohol, only deserts and Ice cream Sundaes. Back then, being stoned on everything but the kitchen sink made the sugar rushes perfect.

Anyway, that was in the late 60's and now it was 1988 when my friends were part owners of the club named UNDER ACME and asked me if I wanted to help them do something with the room downstairs. They were trying poetry, little shows, and all kinds of things but to no avail. The person who was working on sight with me as an owner was Sharon Fein. I had produced her as singer/artist before all this and her husband Jeff and I were close. I told them I knew I could create a similar circumstance to the one that took place at the Cafe Au Go Go, years before. That's when it all started. However, there were so many new people in town at that time in 1988 so I set out to first find a main house band. A friend told me to go see a band down the block.

I found the Hudson River Rats playing at Kenny's Castaways. It was kismet, as I was looking for the right band to be the foundation and after hearing them is when I knew something was going to explode if I could get this band.

I spoke with them as everyone was looking for gigs and exposure at that time. The band agreed to do the gig. I also told them I wanted John Paris, a dear friend, to be another main part of this huge band. I played keys when I wanted to, and produced the show every week. 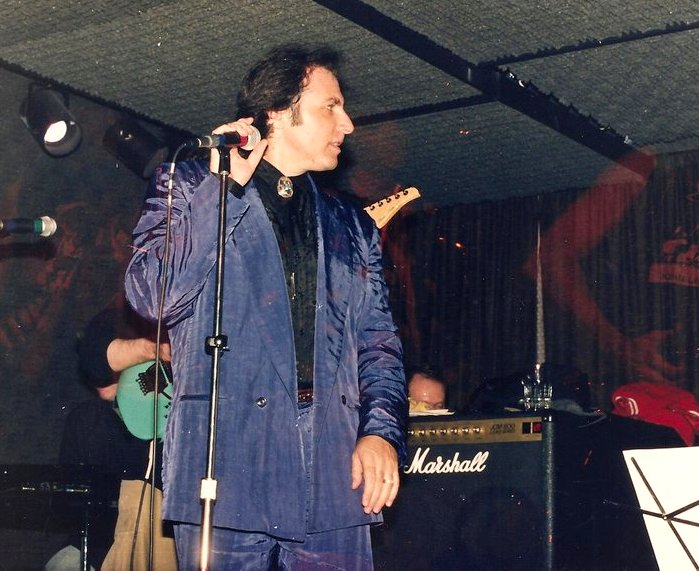 My role at the show was to MC and filter all the talent that wanted on that stage. It started a whole scene of jamming in NYC that nobody had ever accomplished, to put it mild. The TV news did come down, Movie stars, like jim Belushi, Margo Kidder and so many others frequented the regular Wed night night at Under Acme. Word kept spreading to the Jingle community as well. People were literally flying in from LA to play on occasion. Pheobe Snow and Cyndi Lauper were regulars, along with Denny Morouse, Elaine Caswell, Bette Sussman, Richard T. Bear,  Bernard Purdie, Jon Paris, Kyf Brewer and James Lewis and The Uptown Horns


(Phoebe Snow, Rob Paparozzi and Steve Conte on guitar on The Under Acme stage pictured below) 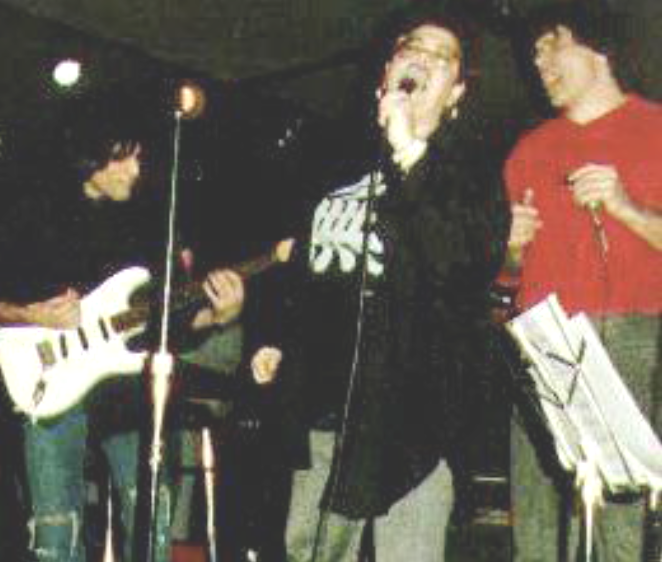 Great players and singers, recording artists and
unknowns would ask to sing or play the blues. I would not let anyone on the stage that did not fit the format I designed from the beginning. The main thing was it had to be specific types of blues and hardcore. No "knock on wood" Holiday Inn type vibes would ever be allowed. That was not what I was attempting to create. I would NOT let anyone on that stage unless I knew they were great or if they were unknown, they would have to leave me a tape, and I'd let them know. I listened to every single tape, bad or not and called every single person wanting up on the stage. Some I made room for and others I said no. 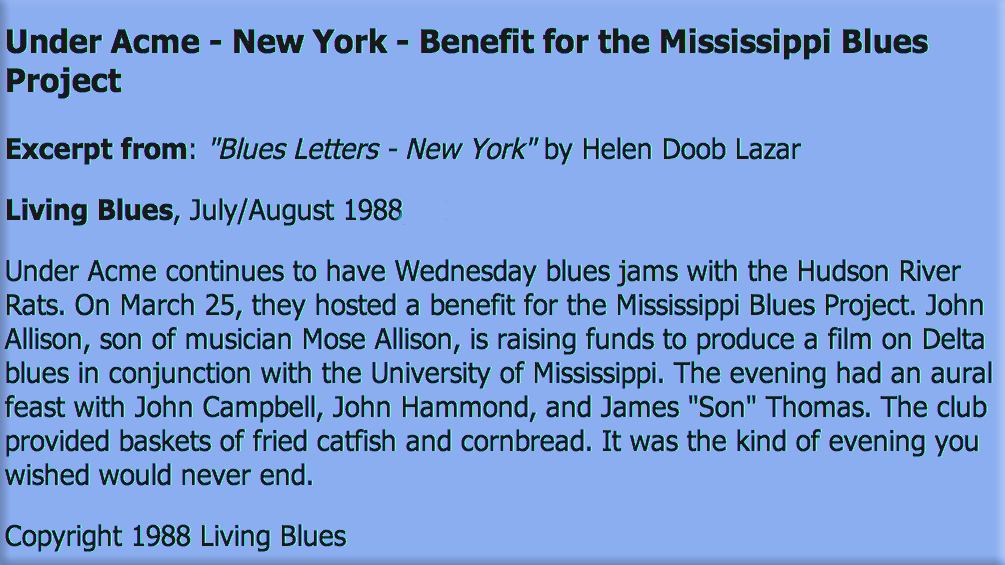 Other iconic musicians would come down after playing Madison Square Garden to play blues. It was quite an amazing magnet in the City at the time. 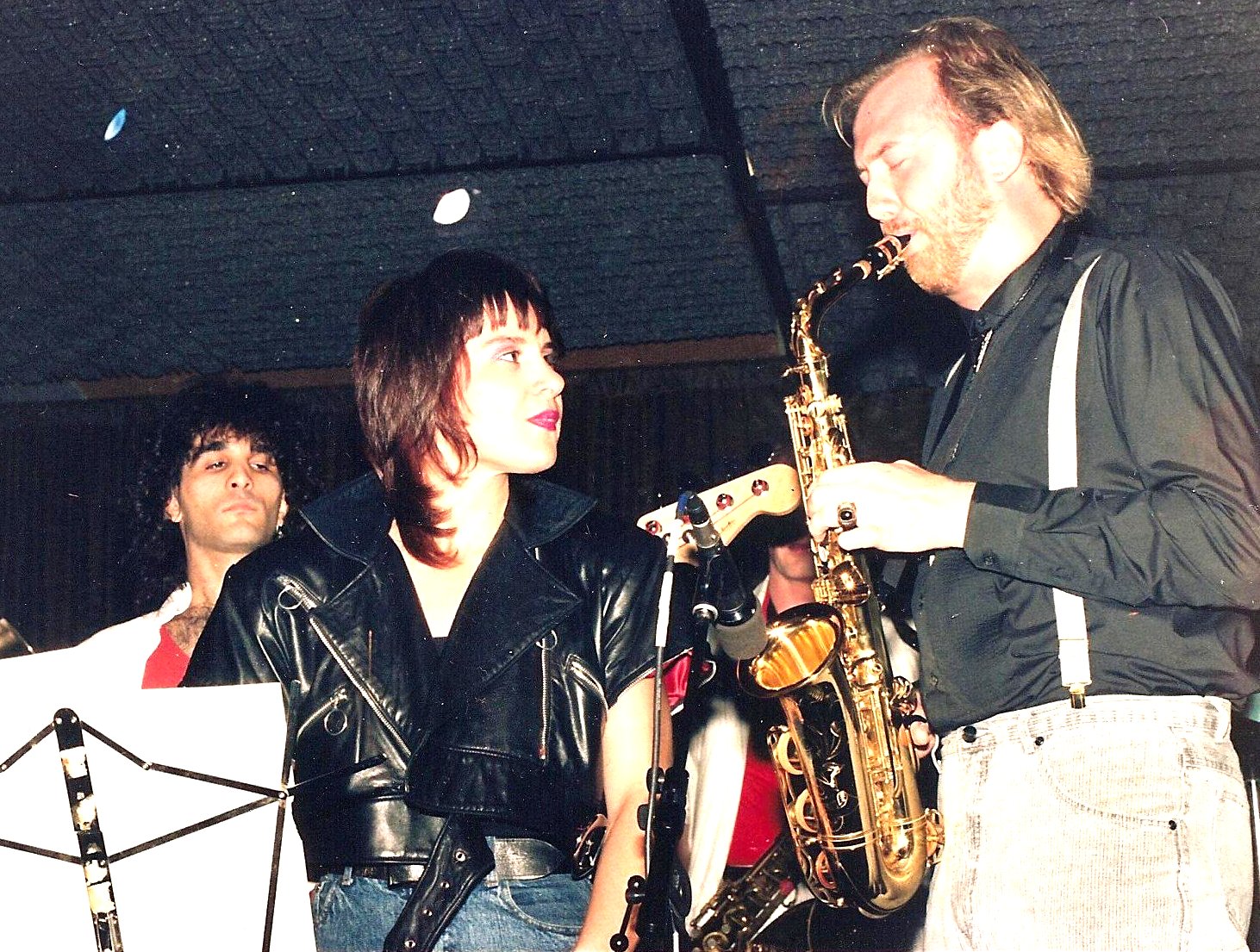 It was magic and not many people knew what I was orchestrating behind the scenes to make it all look so spontaneous. Nevertheless, the end result was a stunning line up of people every week for 26 weeks at Under Acme, with the best band most people had ever heard "jamming" with so many amazing creatives..

Some day I may reveal all that created this happening with Rob Paparozzi and the Hudson River Rats, with John Paris being the glue of every amazing night. 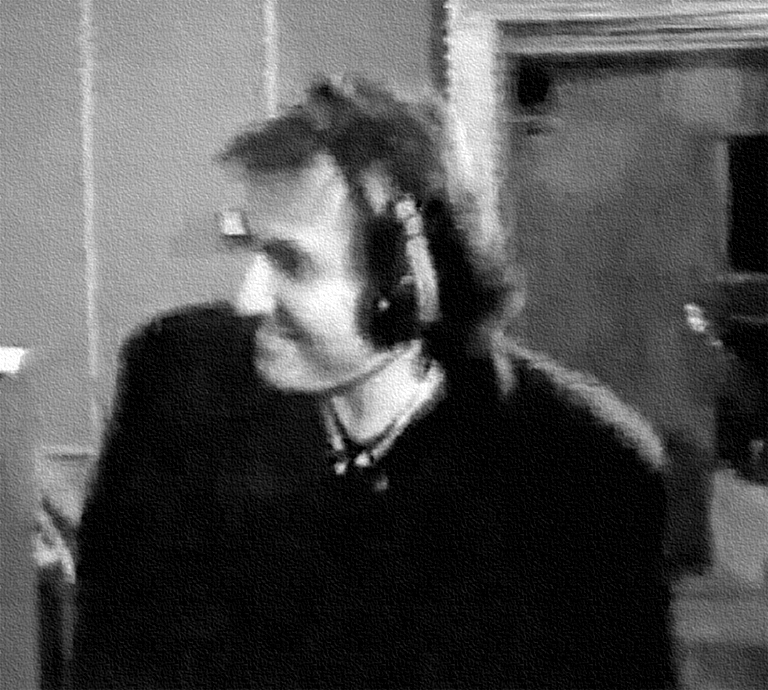 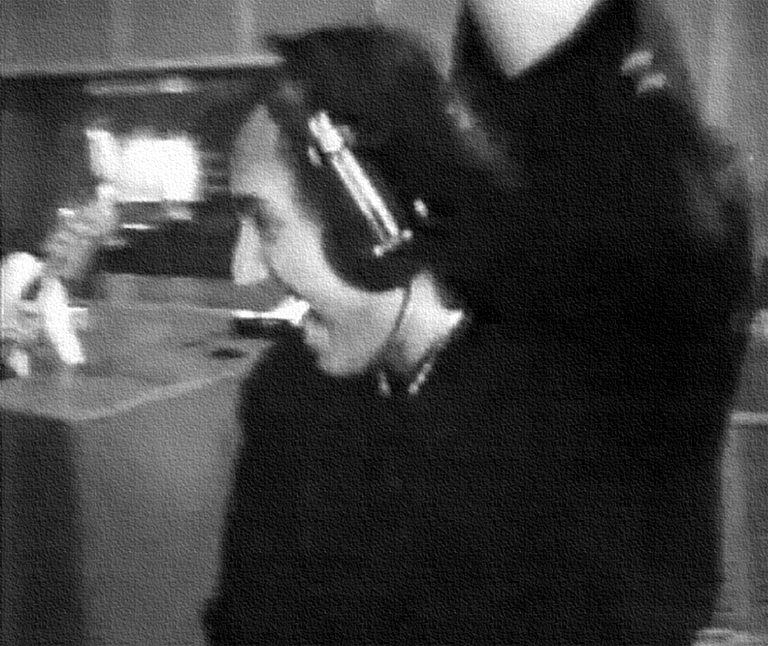 In the end, there were lines down the block just like I had planned before I ever said yes, and I'm just so grateful that everyone had such a great time and got so much work and exposure from this night. Some musicians and singers careers actually started on this night of shows. 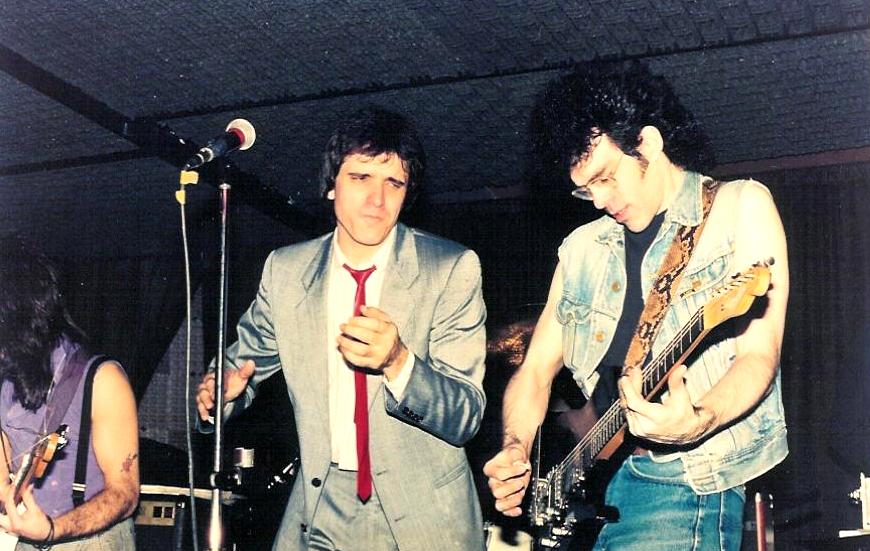 It was so hot in this place sometimes that the moisture from the people and the summer temperatures made it actually rain from the ceiling soaked with blues, beer, sweat and a sea of humanity packed into a space made for 1 /3 the people who would come every week to be mesmerized by the best of the best in this little dive off Lafayette and Great Jones Street...